Waiting on Wednesday: The Supernatural Edition

Waiting on Wednesday is a weekly meme hosted by Jill from Breaking the Spine. The idea behind this meme is to highlight up and coming releases that we just can't wait to read.

It's been a while since I've done one of these, so to make up for it, I'll be featuring quite a few titles that I'm quite excited about. 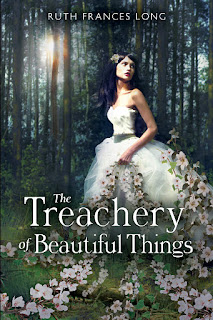 Summary from Goodreads:
The trees swallowed her brother whole. And Jenny was there to see it.

Years later, when she returns to the woods where Tom was taken to say good-bye at last, she finds herself lured into a world where stunning beauty masks the most treacherous of evils, and strange and dangerous creatures await—creatures who seem to consider her the threat.

Among them is Jack, mercurial and magnetic, with allegiances that shift as much as his moods.

Determined to find her brother, with or without Jack’s help, Jenny struggles to navigate a faerie world where nothing is what it seems, no one is who they say, and she’s faced with a choice between salvation or sacrifice—and not just her own

Why I'm excited about this: Faeries... need I really say more? 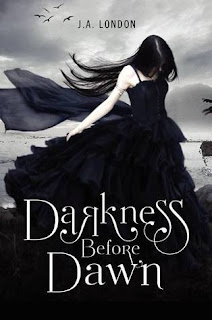 Summary from Goodreads:
This electrifying new trilogy blends the best of paranormal and dystopian storytelling in a world where the war is over. And the vampires won.

Humans huddle in their walled cities, supplying blood in exchange for safety. But not even that is guaranteed.

Dawn has lost her entire family and now reluctantly serves as the delegate to Lord Valentine, the most powerful vampire for miles.

It isn’t until she meets Victor, Valentine’s son, that she realizes not all vampires are monsters....

Why I'm excited about this: I know I should be tired of vampires, but this book, set in a dystopian world, definitely seems like it could offer a fresh new take on a genre that seems to have been done to death. Also, how gorgeous is that cover? 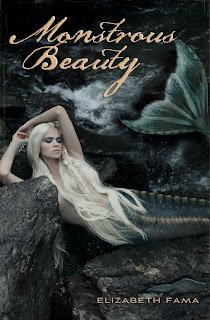 Summary from Goodreads:
In 1872, mermaid Syrenka falls in love with a young naturalist.

When she abandons her life underwater for a chance at happiness on land, she is unaware that this decision comes with horrific and deadly consequences.

One hundred thirty years later, seventeen-year-old Hester meets a mysterious stranger and feels drawn to him in a way she can't explain or resist.

For generations, love and death have been inextricably linked for the women in her family. Is it an undiagnosed genetic defect...or a curse?

Hester's investigation of her family's strange, sad history leads her to the graveyard, the crypt, and the bottom of the ocean--but powerful forces will do anything to keep her from uncovering her connection to Syrenka and to the tragedy of long ago.

Why I'm excited about this: Creepy mermaid story and an ancient curse? How awesome does this one sound. I can't wait. I'm loving the cover for this one too. 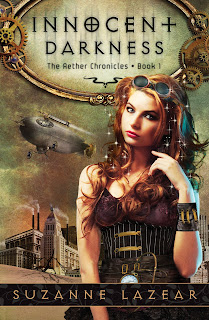 On mid-summer's eve she wishes to be anyplace but that dreadful school.

A mysterious man from the Realm of Faerie rescues her and brings her to the Otherworld, only to reveal that she must be sacrificed, otherwise, the entire Otherworld civilization will perish.

Why I'm excited about this: More faeries. Except this time, it's one with a steampunk twist.  Colour me happy.

This is the first book in a series and I, for one, can't wait to see how this unfolds. And again, I'm totally fawning over the gorgeous cover.

And, that's it from me for this week. What's on your WoW list? Feel free to share your links below.
Email Post
Labels: fairies vampires waiting on wednesday young adult fiction
Reactions:

Kat C @ Books and Sensibility said…
Your top two books have such pretty covers. Did you know JA London is a mother son team ? How unusual is that !
November 30, 2011 at 8:26 AM

New follower. And, one more thing, I LOVE your header. I just fell in love with it.

Unknown said…
The title and the synopsis sounds really gooood! definitely waiting for all these titles!

Kimberly said…
Wow. The covers on these are stunning.

Anonymous said…
All of these have such pretty covers!

Giselle said…
Wow these are all wonderful picks! I have all of them on my TBR list! :D

Chapter by Chapter said…
You have some amazing books lined up here! I'll have to add a couple to my TBR list! Thanks for sharing :) new follower
Maryann @ Chapter by Chapter
December 1, 2011 at 3:41 AM

Marathon said…
I think you must've picked my brain this week when I wasn't looking, because you put some of my most anticipated reads up here! *high fives* Excitement around the blogosphere for these books is tangible. (: