Skip to main content
Labels
Posted by Tammy (The Book Fairy's Haven) May 08, 2013

For as long as I can remember, I’ve always been a huge fan of anything myth-related. Be it vampires or fey, goblins or werewolves; you name it, I’ll read it.
Which is why, when author Ciye Cho asked me to review Luminaire, the second book in the Florence Waverly series (which is all about a human living amongst the magical merfolk), I not only jumped at the chance, but decided to use the opportunity to find out whether or not he’d be keen to write something on merfolk and mermaid mythology.
Luckily for me, Ciye was most obliging and only too happy to write about a creature of myth that definitely counts amongst my list of favourites. 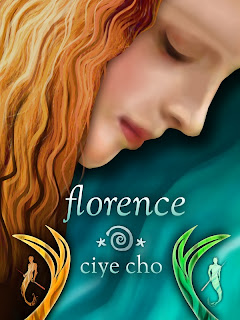 For those of you who haven’t heard of the series, Florence, book one, deals with a young, introverted and  teenaged girl, Florence, who finds herself in a strange, magical and underwater world after being kidnapped and dragged below as a gift to a Mer Prince.
What follows is a treacherous journey through rough waters, dealing with hostile and unwelcoming merfolk (particularly the Prince’s attractive brother) and a situation in which Florence unwillingly becomes a pawn in a large play for power.
To find out more, you can read the synopsis and add the book to your TBR on Goodreads.

Below is information about book two, followed by Ciye’s guest post. 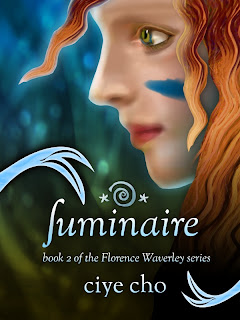 About Luminaire (book 2):
Being the only human in a world of merfolk... isn't easy. Florence Waverley chose to stay in Niemela, but things have gone awry.
Secrets have risen and the prince she cares about has pulled away. All the while, dark dreams warn her of a tragedy that only she can stop.

But in order to save the merman she loves, Florence will have to enter the Life Path tournament: a brutal test of fear and madness.
The tournament is a rite of passage--a maze where young mermaids and mermen battle to find their purpose.

It is also a place where Florence will face grave danger: mermaids with evil magic, tunnels filled with sea fire, and guardians who wish to use her as a pawn in their secret plans.
But will Florence be strong enough to survive the tournament... or will she perish inside it?
Everything hangs in the balance: her life, her world, and her love.

You can add Luminaire to your Goodreads TBR pile too.
Over to Ciye:
6 things you might not know about mer mythology
Mermaids have lived on in our imaginations for centuries. However, the myths behind these fantastic creatures have evolved over the years in strange and wonderful ways.
The following are some tidbits that you might not know about mermaids and mer-creatures.
1) The Real "King Triton"
King Triton was the tough-but-kindly father of Princess Ariel in Disney's "The Little Mermaid."
However, Triton was originally a character from Greek mythology. And according to the myths, Triton was the 'messenger of the sea' and the son of Poseidon.
Triton had the torso of a man and the tail of a fish, just like his cartoon namesake; however, the Greek version had an oceanic pallor and hair that was sea green. He carried a trident, just like his old man, but he also had a unique gadget of his own: a conch shell that could control the waves.
Triton had many children (the number varies according to which tale you dig up), but the most interesting of his offspring had to have been the Tritons: a race of mer-like creatures who were minor gods and goddesses of the sea.
All in all, the Greek Triton was fearsome and unknowable. (And he certainly didn't get his advice from a red crab.)
2) Undines and sleep apnea
The Undines were a bunch of water elementals rumored to live in waterfalls, rivers, and (in some texts) the oceans. They were described as soulless creatures who had great singing voices. Oh, and they were supposed to be able to gain a soul if they married a man and had his baby.
"Sleep of Ondine" is a German fable depicting an Undine who married an ordinary Joe and settled down to have a family with hi
m. According to the story, her life was pretty peachy for a while; until, one day she found her husband cheating on her with a woman in a barn. Incensed by his cheating (in a barn, no less!) she cursed him on the spot and told him that he would die the moment he fell asleep.
To this day, I don't think there's ever been a more terrifying case of sleep apnea. (Unfortunately for him, caffeine wasn't around in those days.)
3) Daughters of Air (Warning: contains minor spoilers regarding The Little Mermaid.)
"The Little Mermaid" is one of the most treasured fairytales; however, some controversy surrounds its original ending. In the widely published version, the little mermaid dies and dissolves into foam, but is saved by angelic beings known as the "Daughters of Air." They tell her that she can gain a soul if she does 300 years' worth of good deeds.
However, it is believed that Hans Christian Andersen's original manuscript did not include the "Daughters of Air" sequence, and many scholars feel that this 'happy ending' was a last-minute addition.
Indeed, the overall work seems more like a tragic love story than anything else - which might be why many adaptations purposefully omit the Daughters of Air.

4) Human on the outside?
Some of the earliest merfolk in mythology were not too dissimilar from you and me. In fact, the earlier eras of mer myths were often populated by leggy mermaids.
For example, the mermaids in "One Thousand and One Nights" lived underwater in a mirror version of our world; and get this: they were anatomically just like us.
Except of course, they could breathe H2O.

5) Mixed-up mer
While most people think of mermaids as being half human and half fish, not all mermaids in mythology follow the whole 'torso on top; tail at the bottom' configuration.
Take for example, the fully-scaled mermaid or the double-tailed mermaid. (Cool fact: The Starbucks logo is based on a woodcut of a double-tailed mermaid, and if you look carefully at it, you can see two tails.)

6) Ye Olde Mermayde!
The word 'mermaid' comes from two Old English words: mere (sea) and mayde (maiden, as in a young woman or girl).
Thanks for stopping by Ciye. It was such a pleasure to have featured this post on my blog today.
You can look out for my review of Luminaire coming up soon! 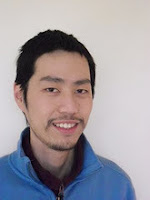 About Ciye
Ciye Cho lives in Australia and works as a graphic designer. He writes YA novels in his free time--and his head is often lost in the clouds or someplace far from reality...
Where you can find Ciye: