Today I’d like to welcome Ingrid Seymour, author of New Adult fiction novel, The Guys are Props Club, to my blog.

Having only recently gotten into the NA genre, I’ve been quite fascinated with the whole debate around it. That this emerging genre should even have been categorised is without a doubt, one of the biggest points that have been getting people talking; many being strangely (and vehemently) against the very idea of this being a genre.

With me being a relative newbie to New Adult fiction, I’ve since  become quite keen on featuring authors of this genre and I’m very thankful and happy that Ingrid has so kindly agreed to write a guest post on a topic that, although may have been dissected through time and time again, is still very relevant.

For me, topics on YA and New Adult fiction have always and will always be important to be, because these two categories (with the latter only recently having joined the fold) seem to be the ones that are getting the most censure from people both inside and outside of the book industry.

It should be noted that both NA and YA are genres that have been taking the world by storm and show no signs of stopping, so I suppose one should hardly be surprised at the many varied, often interesting and sometimes downright infuriating posts about these fiction categories as a whole.

Having developed a passion for YA over the years, a passion which is busy extending itself to NA as well, it’s only a pleasure for me to extend the opportunity for authors to guest post about a subject that I know many people are equally enthusiastic about.

But, before I hand over the reins to Ingrid, here’s some more information about her latest novel, The Guys are Props Club. 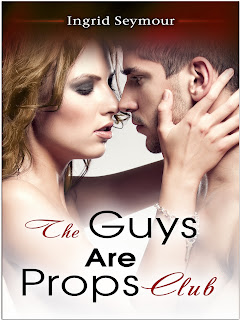 About The Guys are Props Club
During her senior year in high school, Maddie Burch promised herself not to ever fall for a cute guy – or any guy – again.

Cute guys are players and not to be trusted, a fact she learned the hard way when her first boyfriend ran her heart through a paper shredder.

Two years later, her promise is still intact, and she’s determined to make it through college without falling victim to another creep. She has her job, school and The Guys Are Props Club to keep her mind and hormones in check.

The club was founded by Jessica, Maddie’s best friend. It is a sisterhood of girls who have fallen prey to heartless jerks and who have vowed to turn the tables.

Once a semester, Jessica requires members to “do onto others as they’ve done unto you.” Setting the example, Jessica’s next play is Sebastian Capello, a theater major with heartthrob looks and a flair for Latin dance, whose heart she plans to break the way hers was once broken.

What the friends don’t know is that Sebastian is different. Despite his perfect looks and popularity, he’s not a jerk. He doesn’t play games to get his way. Instead, he keeps it real and goes after what he wants with honest intentions.

And what he wants is not a bombshell like Jessica, but a down-to-earth girl like Maddie – even if it causes a riff in the girl’s friendship. Even if it means getting Maddie to break her personal vow.

*** Due to language and sexual situations this book is recommended for ages 17 and older.

Add this book to your TBR pile on Goodreads.

What's all the big fuss about New Adult fiction?

The emergence of the “New Adult” genre didn’t occur without some controversy. In the beginning, and even now, many people out there didn’t think that New Adult deserved a categorization of its own. Say what?! Yes, it’s true. Some folks out there actually get on a soap box about this.

To back up their argument, they state that adult fiction already deals with all the issues the New Adult genre deals with, that for years there have been books about 20-somethings, and we never saw the need to call them anything different.

Moreover, some argue that the new name is simply a marketing ploy, a means of developing a better way to target college students whose purchasing power is potentially greater than that of teenagers.

Regardless of what anyone says (opponents can argue until kingdom come—it really makes no difference) , New Adult has become a force to be reckoned with.

Agents and publishers realized this a while back and are done discussing and trying to decide whether or not a new category is appropriate.

On the contrary, they have joined the fray and are now acquiring titles, so they can give readers what they want and—of course—so they can make a profit.

As a reader and an author of both Young Adult and New Adult fiction, this debate is only noise to me. All I know is that I’m having a blast reading and writing in the genre. For me, as for many, it all started a while back when I began reading Young Adult fiction.

I fell in love with the genre immediately (Thank you J.K. Rowling!) The intensity of feeling, the adventure, the discovery, they all captured my imagination and made me genuinely happy—and they still do.

Young Adult books are fantastic in their own right, but if you think about the birth of New Adult, it was simply a natural progression. It just had to happen.

Well, teenagers grow up. And although they still love reading Young Adult (and many always will,) their lives inevitably change, and so do their fears, needs, and desires.

From one day to the next, they’re thrown out of their mother’s bosoms and are expected to fend for themselves out in the real, mean world.

And many are scared to the bone. So why not commiserate with a Camryn from The Edge of Never, Avery from Wait for You, or Maddie from The Guys Are Props Club?

Why not hang out with those characters who are going through some of the same trials and worries? Why not find some comfort and companionship within the pages of something familiar, namely a book?

Though, in truth, it isn’t only 20-somethings who are finding what they want between those pages. Not-so-new Adults are too, because who doesn’t want to reminisce about their college years, about their first love, the first time they had sex?

Who wouldn’t want to relieve that?
Of course, if this explanations don’t suffice, we could always think about all those Young Adults books in which the author gets rid of the parents in a very awkward, nonsensical way.

Those books where you’re left wondering “what sensible parents would let their kids do that?” Maybe authors just got tired of those little troublesome parents and decided to write New Adult so they could bump them off.

Kidding aside, whether New Adult is here to stay as a genre, only time will tell. In the meantime, don’t sweat it. 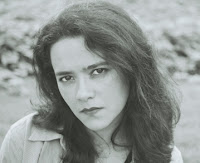 The idea for her debut novel "The Guys Are Props Club" assaulted her one day, and she just had to commit it to paper.

She wrote it in record time and had incredible fun doing it. Now, she's enjoying hearing from her readers.

It's a dream come true.