Welcome to the mini book reviews edition of my blog. For this section of my blog, I usually feature reviews of books that don’t really require them – books bought, books I’ve borrowed from friends and books I’ve taken out at the library.

Because they’re not must-review books, my format of these mini reviews differ in that I don’t work the summary into my review in my own words; instead, I feature the Goodreads summary, followed by a few thoughts on my reading experience.

In today’s Mini reviews edition, I’ll be featuring a review of Victoria Schwab’s The Archived – a YA paranormal mystery novel that I really enjoyed! 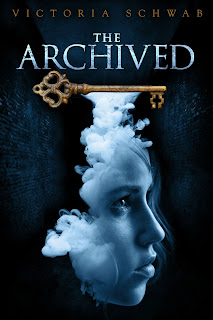 About The Archived by Victoria Schwab

Imagine a place where the dead rest on shelves like books.

Each body has a story to tell, a life seen in pictures that only Librarians can read.

The dead are called Histories, and the vast realm in which they rest is the Archive.

Da first brought Mackenzie Bishop here four years ago, when she was twelve years old, frightened but determined to prove herself.

Now Da is dead, and Mac has grown into what he once was, a ruthless Keeper, tasked with stopping often—violent Histories from waking up and getting out. Because of her job, she lies to the people she loves, and she knows fear for what it is: a useful tool for staying alive.

Being a Keeper isn’t just dangerous—it’s a constant reminder of those Mac has lost. Da’s death was hard enough, but now her little brother is gone too. Mac starts to wonder about the boundary between living and dying, sleeping and waking. In the Archive, the dead must never be disturbed.

And yet, someone is deliberately altering Histories, erasing essential chapters. Unless Mac can piece together what remains, the Archive itself might crumble and fall.

In this haunting, richly imagined novel, Victoria Schwab reveals the thin lines between past and present, love and pain, trust and deceit, unbearable loss and hard-won redemption

What an unexpectedly unique and wonderfully surprising read.

I admit, that while my bookish friends have been raving about and recommending this book to me for ages now – and despite my curiosity about it – I still found myself harbouring reservations.

For me it was a case of: “there’s no way a book with such a wholly unique concept” could actually be as good as it sounds.

(I’m sure many of you, like me, must be familiar with that feeling of being let down by a book that ended up being pale in comparison to what the synopsis promised.)

Luckily for me (and for those who recommended this book to me – ha!), I found myself thoroughly immersed in a magically-drawn world, richly tapered with threads of history and mystery, doorways between worlds, and bridges between the past and the present.

At the heart of this novel, is Mackenzie, a wonderfully fleshed out character; brave and tough when it comes to her Keeper duties, but vulnerable, uncertain and in many ways; forced to hide the part of herself that makes her the protector of the doorways between the living and the dead.

Being forced to juggle both life inside and outside of the Narrows, where she hunts and returns Histories to their rightful place, Victoria has managed to showcase a heroine who is wonderfully flawed, emotionally driven (Mac is still struggling to come to terms with her baby brother, Ben’s death) and incredibly independent.

What especially makes her such an interesting character is the fact that her unresolved grief often lends itself to the unbidden desires to find out more about the Histories that are shelved in the archive.  You can’t help but feel for her, while at the same time, you’ll also find yourself silently begging her not to cross the point of no return.

Of course, it’s not all angst and heaviness; the presence of Wes, charmingly disarming in his friendliness, made for some sweet and light comic relief.

He quickly wormed his way into my heart and with his gothy looks and eyeliner-wearing tendencies (aka the boy who is now known as guyliner for this very reason), he definitely made for one crush-worthy boy.

The best part of the novel though, is the interesting, but violent history of the hotel/apartment where Mac and her family live.

Being curious by nature, Mac quickly finds herself at the centre of a mystery where a few people met a violent and bloody end, the reasons for their deaths somehow relating back to the murder of one girl.

With her being unable to resist the temptation to look for more answers, I soon found myself swept up into a tale of a whodunit, questioning everything and being suspicious of almost everyone.

Point of the matter is that Victoria kept on the edge of my seat, searching for answers even while second-guessing myself all the while.

To add to this, I have to say that I really enjoyed the structure of this novel, something, which I know a few readers and book bloggers have had an issue with.

It does take a while to get into, the format switching between little flashbacks, written in the form of snippets of letters (addressed in a second person point of view – almost as if you as the reader, are the person she’s addressing – even though the recipient is clearly a male), and back to first person pov.

However, combined with Schwab’s wonderful turn of phrase and intricately plotted twists, it blends together seamlessly and converges into a paranormal mystery that’s magical, eerie and undeniably compelling.

Unknown said…
Great blog!
I'm wondering: Do book lovers necessarily have to be book collectors?
I tried to get rid of my books and failed miserably
(http://lasagnolove.blogspot.de/2013/07/you-get-to-decide-what-to-worship-iv.html).
What do you think?