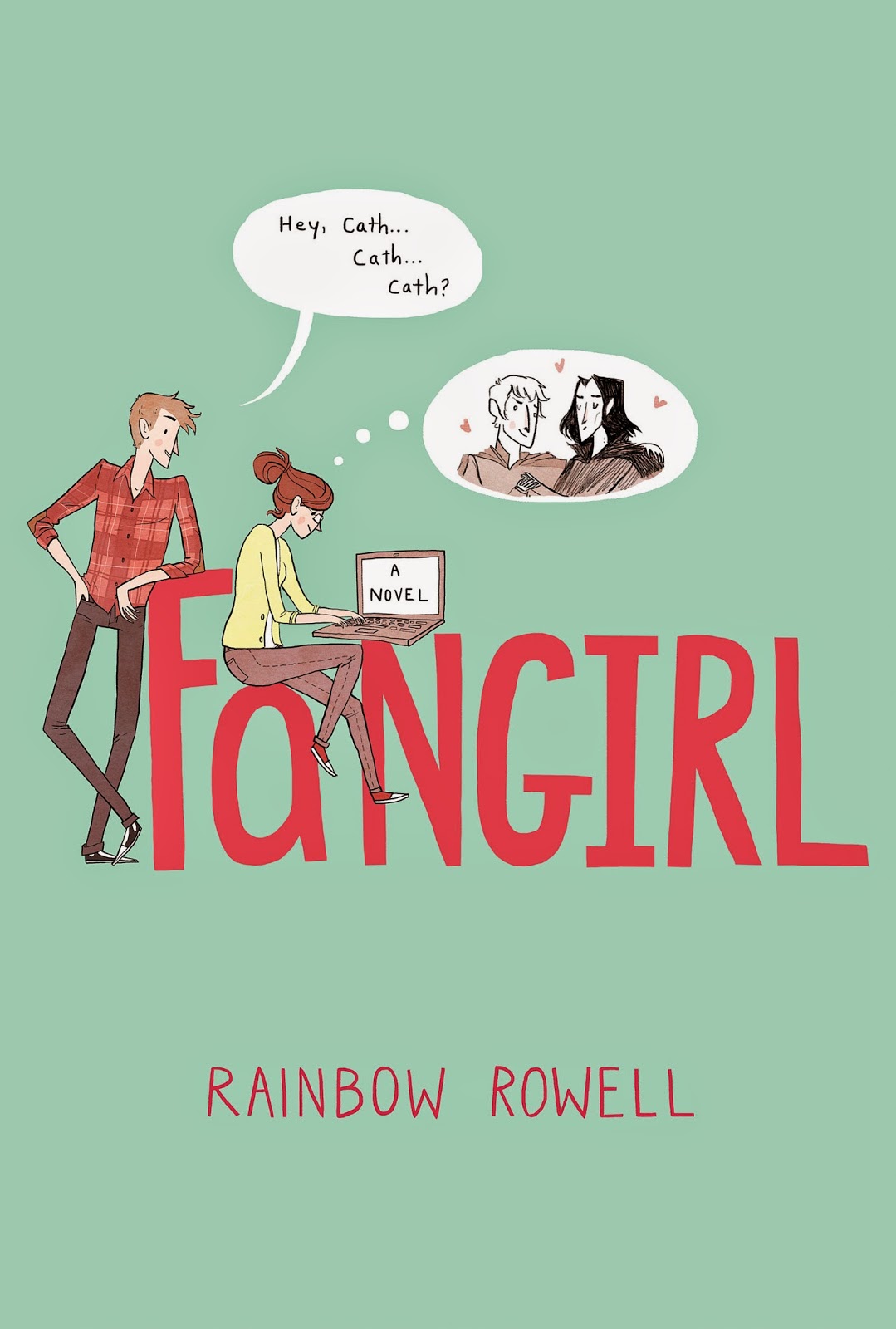 Meet and become best friends with the book that was written for every single person who’s ever obsessively geeked out over some form of pop culture.

Fangirl by Rainbow Rowell (Pan Macmillan 2014)
Welcome to the Fandom.

It’s a place where the world you created may not belong to you, but in which you get to change the rules in a way that leaves you with the freedom to be in control.

For most people, the fandom is a treasure palace that encourages the inner geek in everyone to embrace living life vicariously through the eyes and stories of protagonists that are, in many cases more real to us than the people we’re surrounded by on a daily basis.

Being a fangirl/fanboy of anything pop culture related often leaves us feeling as if we have one foot in this expanded fantasy, while the other foot forces us to maintain a sentient presence in our corporeal world.

As someone who considers herself to be the ultimate shipper of note, I think I speak on behalf of everyone when I say that it’s so much better to squee over your favourite non-canon (or canon) pairing from your favourite fiction novel/tv series/etc, than it is to deal with daily life skill tasks that require effort, confidence and willingness to endure whatever life throws your way.

Which is exactly why you’ll find yourself rooting for and absolutely adoring the quirky, clever and socially awkward Cath in Rainbow Rowell’s Fangirl.

Do yourself a favour – if you’re as chronically awkward and socially challenged as I am, then please give this book a read.

Not only is Fangirl relatable on so many different levels, but it’s quite possibly the quirkiest and most adorable book I’ve read this year.

The book kicks off when we’re first introduced to Cath. It’s her first day at Uni and Wren, her identical twin, wants no part of the two-peas-in-the-pod closeness that used to define their bond.

With Wren branching out on her own – partying it up, meeting boys and making new friends, Cath finds trying to adjust to University incredibly hard.

With her penchant for being a fangirl (and fanfiction writer) of a popular book series  -which is totally an ode to Harry Potter - Cath much prefers to  spend all of her time online.

In spite of her intentions to remain friendless (and to hide from the rest of the world and avoid going down for dinners in the main hall), two of the most unexpected people (the kind of people Cath would normally avoid at all costs) dive headlong into her life, upsetting her carefully planned and ordered existence.

What follows is a journey full of bumps, laughs, awkwardness and complete and utter geekdom as we watch how Cath unfurls and transforms from person-allergic-to-anyone-else-except-for-her-sister-and-father, to learning how to embrace and accept the new challenges and experiences that are thrown her way.

This book is just so utterly, utterly delightful.

I’ve come across many a book character where I’ve felt I could relate to aspects of their personality, but if there’s one book that I feel encapsulates the sheer hell of going to University for the first time – and all the timid, frightening and feel-so-small-and-new-I-could-crawl-into-a-hole-and-disappear feelings that go with it – then it’s this one.

Even thinking about it now makes me cringe a little (although I should add that I’m still the awkward penguin today that I was back then).

Rowell just has this way of creating a dialogue that’s filled with such sharp, witty  and hilarious moments that you’ll either spend most of your time squealing with glee, or having the laughter  being surprised out of you.

Her characters are infinitely loveable (despite the fact that you’ll want to shake some sense into them every now and then), the incorporation of fanfiction (or in this case, Fanfixx) is made of awesome and the sister-sister bond between Cath and Wren will fill you with all the fuzzy feels.

Their relationship is one that certainly goes through a tough transition as it’s clear that they’re both dealing with issues and coping in different ways.

With college courses taking their toll and Cath’s unwillingness to immediately step outside of her shell, it’s only a matter of time before things come to a head. And when it does (because life has a way of jack-knifing you in the stomach sometimes), both Cath and Wren need to decide whether their bond is strong enough to pull them back together again.

And this is yet another reason I love this book. Rowell’s depiction of the relationship between the twins is one of the best aspects of the novel.

Many of us who have siblings will understand what it’s like to fight, rage with said siblings and in the very next heartbeat, love the living daylights out of them.

Rainbow understands that and she uses it to create a relationship that’s both realistic and full of well-developed depth.

Some of the most tender moments of the book occur when Wren and Cath are together.

And speaking of Cath, she really doesn’t give herself enough credit for being the amazing girl that she is; she’s funny (without trying to be), snarky and adorably sheepish (when she’s not being awkward).

It’s only when Reagan (the fabulously aggressive new roommate who takes it upon herself to befriend Cath)  and Levi - the lanky, adorable and utterly crush-worthy boy who keeps invading her space – show up in her life, that Cath finally begins to see that there’s more to life than fanfiction.

And that maybe embracing new things does not mean having to give up her entire identity. And isn’t that something we all can relate to?

Do yourself a favour  and pick this book up. It’s the cutest book you’ll read this year.

GIVEAWAY TIME!!! Thanks to the lovely, lovely folk from Pan Macmillan South Africa, I’m giving one lucky reader a chance to win a signed copy of Fangirl, as well as a Fangirl necklace. 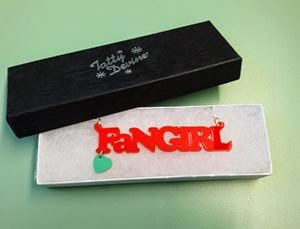 All you have to do is leave a comment telling me about the latest book you’ve been fangirling about.

Giveaway will run up until the 31 October and is open to South African residents only (Sorry lovely internationals, I’ve got another comp planned in the near future, so look out for that).
Email Post
Labels: book review fangirl giveaways rainbow rowell young adult fiction
Reactions: