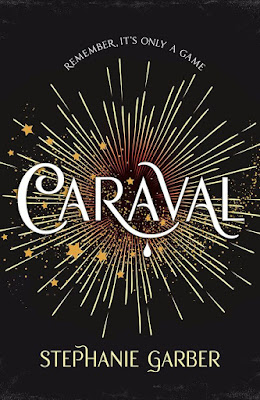 Two sisters are caught up in a legendary and magical game where the stakes are high, nothing is as it seems and elaborate performances have hidden motives and intentions.


Review originally appeared on W24. You can also purchase a copy of Caraval from Raru.co.za.

This book has been getting a lot of comparisons to Erin Morgenstern's The Night Circus. It’s not a bad thing at all, especially considering that The Night Circus is one of my all-time favourites.

However, Caraval is one of those magical reads that shouldn’t just be compared to a book as it makes a strong impression all on its own. It’s a beautifully written novel that effortlessly blends elements of fantasy and magical realism to portray a world that’s almost phantasmagorical in nature.

It’s not merely a book that features elaborate acts of illusion, but it’s a novel that explores the strength of the bond between two sisters who are desperate to escape their cruel and abusive father.

Meet Scarlet and Tella – two sisters who couldn’t be more different. Tella is headstrong, impetuous and jumps headlong into situations before thinking about it. Scarlet, on the other hand is cautious and restrained, choosing to weigh all her options before jumping into any situation.

The two of them have never left the island on which they live, both for fear of their father’s reaction and because opportunities to escape have been far and few between.

Both Scarlet and Tella (Scarlet in particular), have dreamed of attending Caraval – a legendary game that takes place once a year, lasts 5 days and nights and offers the winner a chance to win a magical prize,  the likes of which they’ve never seen. 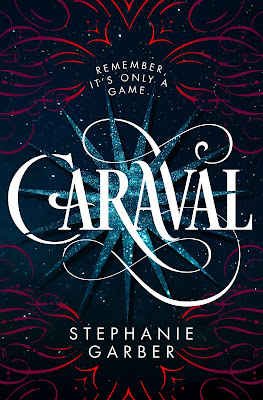 When they finally get the opportunity to go to the island where the Caraval revelry takes place, Tella uses the moment to whisk Scarlet away from an arranged marriage that could do more harm than good.

When Scarlet arrives and Tella goes missing, Scarlet soon finds herself reluctantly teaming up with the sailor who brought her to the island in order to find Tella.

When the game begins, it soon becomes clear that the elaborate performances within the game are far more than they seem and that the game itself, is a lot more dangerous than Scarlet could have imagined.

Using both wit and cunning, Scarlet has to navigate trails filled with mystery and illusion, while trying not to lose herself to the magic of the game.

From bottled dreams, and sand made of snow, to gingerbread-shaped houses and fortune tellers whose tattoos predict the future, Stephanie Garber’s Caraval will launch you into a world filled with enchantments both charming and dangerous.

This beautifully written novel is such a feast for the senses, you’ll find yourself wishing that the things you encounter in this book, could be real. The synesthesia element attached to Scarlet’s emotions is an added dynamic that makes this book even more magical.

Caraval is a cleverly plotted book that is full of twists and turns and I must confess that everything I could have predicted about how the game plays out, was completely off base.

This unpredictable gem is a novel filled with hidden legacies, the cruelty of unrequited love and lushly descriptive scenarios that will seduce and draw you in.

Each person in this novel has a role to play in the game and the beauty of this novel lies in the fact that you’re never quite sure who is helper or who is villain.  Stephanie Garber is a gifted scribe whose turn of phrase is exquisitely lush.

The characters she’s created are wonderful to behold and I absolutely adored the genuine sense of camaraderie between the sisters, despite how very different they are.  I had my doubts about the younger sister’s affection at times, but Garber once again surprised me with another twist in the book that threw all of my doubts out of the window.

The ending of the book is nicely set up for a sequel and I’d be very curious to see how the girls fare following the feat that they pulled off.

All in all, if you’re looking for a book filled with magic, romance and danger at every possible corner, you definitely can’t go wrong with this book. It’s already one of my favourites of 2017.
Email Post
Labels: books fantasy reviews stephanie garber ya fiction
Reactions: