Teens, Tweens and Turtles – Why Teens are the Unsung Heroes in the Battle for Change

Today, local author Joanne McGregor is taking over on my blog. I've had the pleasure of reading some of Joanne's previous books, which includes Turtle Walk, Scarred (one of my absolute favourites) and The Law of Tall Girls.

But, we're here to talk about Turtle Walk, and so much more.

The first book in the Ecowarrior series, Turtle Walk is one of Joanne's first and traditionally published books. I read and loved the book years back, but this time around, Joanne has revised, revamped and self-published the series.

The first two books of the series, Turtle Walk and Rock Steady have both been released (in fact, happy book birthday to Rock Steady, book two, released yesterday), and Fault Lines will be out soon.

Because the book series focuses on conservation,  I've asked Joanne to chat about why she believes teens are so essential in the fight to help preserve our planet – be it through climate change awareness campaigns, or protesting gun violence.

Frankly, part of why I love YA with social activism as a focus (the non-preachy kind), is it because it showcases how much we underestimate the teens of today.

And yes, they certainly want to save endangered species like the leatherback turtle. 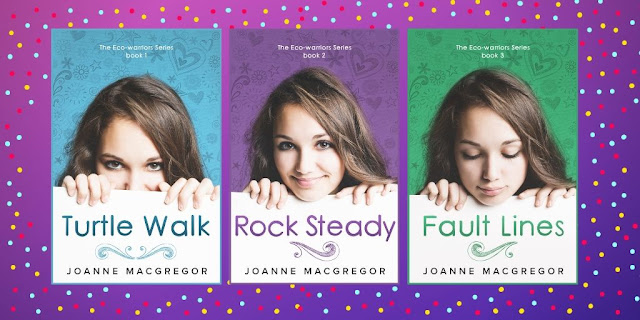 Swedish climate change campaigner Greta Thunberg has given teen environmental activists a face and a rallying point, but the adolescent years have always been a hotbed of activism for all kinds of causes.

It’s part of every teen’s psychological development to grapple with the concerns of coming of age —  exploring identity, challenging norms, choosing personal values, engaging with political and environmental issues, and rebelling against established ways — and this is reflected in YA (Young Adult) fiction.

The characters in adult books are often jaded and cynical about the world, as are adults in the real world. They’ve been knocked down too many times to still believe they have the power to make a difference when it comes to the big issues of our time.

Teens, on the other hand, tend to still have hope and energy. Instead of shrugging at instances of injustice and turning a blind eye to what’s wrong in our society, they often take a stand and, from sit-ins in Stockholm to student uprisings in Soweto, even lead the charge.

When I taught high school students, I loved their passion, their optimism, their determination to seek justice, fight important causes and change the world.

YA stories are about these sorts of amazing individuals who haven’t yet had their sharp edges ground down to mediocre and apathetic smoothness by an imperfect world. 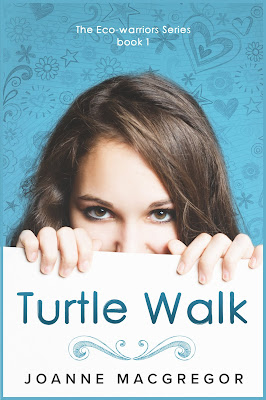 Many years ago, I had a conversation with a keen fisherman who told me about the practice of longline fishing and the damage it does to our marine life.

Fishing lines of up to 100km (with hooked and baited drop lines at regular intervals) are dropped into the ocean and float on the surface for 12-24 hours at a time before being hauled in.

Fish are caught, but other “bycatch” — leatherback turtles (an endangered species), marine birds, dolphins and sharks — also get caught on the hooks and twisted in the lines. I was horrified. This is the kind of issue that would’ve got me writing speeches and letters as a teen, and as an adult, I wanted to do something about it, too.

And so the story of Turtle Walk was born. Three high school girls are appalled by the destruction of longline fishing off South Africa’s coast, and set out to do something about it.

The book is the first in the Ecowarrior series in which the girls tackle ecological issues while navigating the perilous waters of adolescence. In book two, Rock Steady, they take on dealers in the illegal trade in San rock art in the Drakensberg, and in the third book, Fault Lines, they take a stand on fracking in the Karoo.

It’s critical to get the message about protecting our earth’s species and habitats to our young people as they are the future stewards of our planet. But lecturing at them is not the best way to sensitize them to vital ecological issues; we need to get more creative and more appealing.

So I threaded my ecological messages into fun and funny books which are first and foremost stories about these three smart, brave, kick-ass friends — Samantha, Nomusa and Jessie — who’re dealing with all the usual challenges of the high school years: mean teachers, parental pressure, friendships and frenemy feuds, issues around body image and self-esteem, and — of course! — first love.

Samantha, the main character, also suffers from anxiety, and has to find ways of dealing with that as she grows older. 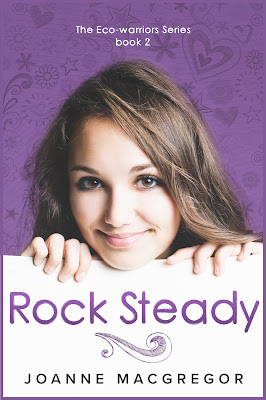 Since I first wrote these books (I’ve just finished revising and rewriting them for a fresh new second edition) climate and environmental awareness has grown considerably, and teens are in the front lines of the battle against ecologically destructive practices.

Socially conscious, eco-friendly “VSCO girls” with their reusable water bottles and flasks, metal straws and recycled clothes are super-trendy now, but long after the marketers have found a new niche segment to target with their wares, these fabulous young women will still be out there, saving the planet.

And I’ll probably still be writing about them.

When thirteen-year-old Samantha Steadman starts high school at an elite boarding school, little does she know that she will soon be fighting an ecological war for the survival of the endangered leatherback turtle.

Samantha and her friends — rich and sassy Jessie Delaney, and politician’s daughter Nomusa Gule — take the fight from the classroom to the open seas. Their adventures range from dangerous night-time skirmishes with illegal fishermen, to crazy antics for television cameras. 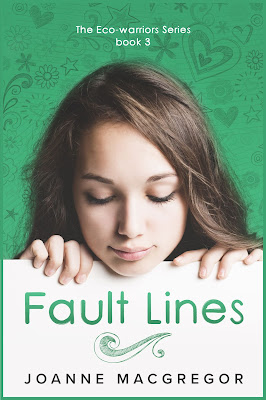 Back at school, they have to deal with romances and heartbreaks, a joint musical production with the neighbouring boys’ school, encounters with an eccentric bunch of teachers, conflicts with parents, and skirmishes with bitter rivals.

The trio will need to work together to face their fears and to hold on to the hope that individuals can make a difference.

Fun and funny, this feel-good story will appeal to tweens and younger teens.

When not writing, Joanne Macgregor is a counselling psychologist in private practice where she works mainly with victims of crime and trauma.

Although she lives in the frenetic adrenaline-rush of the big city, Joanne has always been in love with nature, and escapes into the wilds whenever she can.

She's a Harry Potter fanatic, bakes the best choc-chip cookies on the planet, and is addicted to chilies and bulletproof coffee.

She started her professional life as a high school English teacher and loves writing about, and for, teens.

She is the author of several books for young adults, including The Law of Tall Girls, Hushed, Scarred, Recoil, Refuse, Rebel, and — for younger teens and tweens  — Turtle Walk, Rock Steady and Fault Lines. She writes novels for adults under the name Jo Macgregor.

Where to find Joanne: