With Christmas being just around the corner, I thought I’d highlight some South African reads that should go on your TBR pile.


We have so many phenomenal SA authors that deserve to , and because this list will be an extensive one, I am splitting this post and making it a series.

I know it won’t be possible to include every single South African author, but I highlight books from every genre and make it as diverse as possible (so, with respect, please don’t ask me why so and so isn’t on the list – there’s more to come). 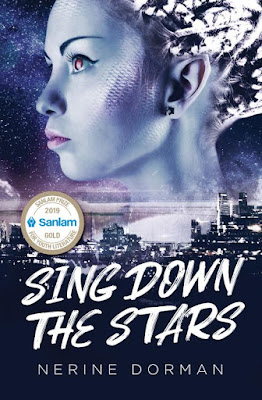 1. Sing Down the Stars by Nerine Dorman

A book I recently received for review ( you NB publishers) and am super excited about diving into is Sing Down the Stars. I was first introduced to Nerine’s writing years ago, when I read one of her first books, What Sweet Music They Make (Would 100% still love to see more of that).

Over the years, I know Nerine as well and she’s not only one of the best local voices on the scene, but she’s an incredible editor (if you’d like to read more about that, head on over to her blog) and huge supporter of local authors too.

This year, Nerine won gold for Sing Down the Stars in the 2019 Sanlam Youth Literature competition.  Judges hailed this book as a “brilliant piece of dystopian writing.”

It features -year-old half-human, half-alien protagonist, Nuri, who does her best to survive in a futuristic world by turning to crime. An irresistible song that only she can hear will change her fate and lead her to a secret training facility where she’ll discover that a new fight has just begun.

Here’s a quick snippet from the book ( provided with permission from NB publishers):

The song began as a low hum, more felt than heard. At first, she thought it was the low whine of a power drive starting up, but the long, plaintive note rose and fell, ending in sharp blips and high-frequency clicks that went beyond her senses.


The song wasn’t reaching her ears, but was resonating inside her, as if someone spoke on one of the psi frequencies. The small hairs on her nape prickled as the sound became heavier, drawing at her emotions and bringing tears to her eyes with the depth of its longing. The song was a river, dragging her in its current so she turned her face to the north-east, across the fens.

How peculiar. How strange. The fens stretched on as an inky flatness before meeting the grey of the sky at the horizon. There was nothing out there for mile

Purchase a copy of Sing Down the Stars from Loot 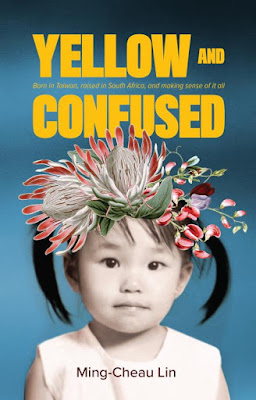 2. Yellow and confused by Ming- Lin

Originally from Tainan, Taiwan, Ming- immigrated to Bloemfontein, South Africa when she was three.


Ming- first came to my attention during my days at W24 (formerly Women24.com), when she wrote a column called “Has the rainbow nation forgotten about us?” – an eye-opening piece that really made me aware of my ignorance about Asian communities living in South Africa.

Since then, the freelance copywriter and food blogger has published her first (of many we hope) and hugely popular cookbook, Just Add Rice. And this year, we saw the release of Yellow and Confused, which focuses on her personal journey and touches on being misrepresented by society.

Not only that, Ming- strongly delves into confronting her own privileges and making sense of what it means to be a Taiwanese-born South African embracing her path to intersectional feminism.


It’s a book you’ll come back to repeatedly, not only because there’s a wealth of history and knowledge about the Asian diaspora, but also because Ming-’s self-reflective and candid thoughts gives you room to do a bit of self-reflection of your own.

She didn’t have to put in the emotional labour to educate us, yet her book, a labour of love that reflects through anecdotes about her childhood, until talking about friendships that helped her to realise the things she herself still needed to unlearn, offers us this and so much more.

I reached out to Ming- and touched on this subject.

You write joyfully about your culture, identity and heritage. But I also love how you examine your own privileges and talk about unlearning behaviour you never thought of as being problematic.  What do you hope readers will take away from this when they read your book?


Here’s what she had to say:

‘To their honest feels  and take action; go on their own unlearning journey by tackling their own privileges and biases. While it’s to unpack our past, it’s important for our mental health and growth. History by the lion, we need to see the buck’s perspective too for the full story. The resources are out there, it’s a simple of matter of exposing yourself to it. Education is truly liberating.’

I also have an excerpt from the book coming up on the blog later this week, so stay tuned for that.

In the meantime, you can purchase a copy of Yellow and Confused from 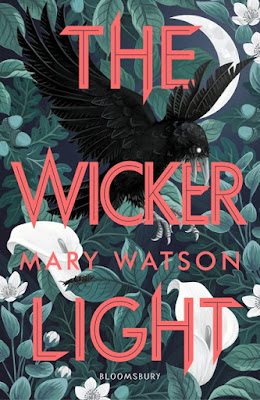 3. The by Mary Watson

SA author - now based in Ireland - Mary Watson’s The in the same universe as The Wren Hunt, although it features a new protagonist.

If you haven’t read the first book, allow me to give you a brief introduction.

The Wren Hunt is a story inspired by Irish folklore and focuses on a group of augurs and judges who live in contemporary Ireland – albeit in secretThese from ancient druids and practice different magic.


The hostility between augurs and judges is at the heart of The Wren Hunt and it’s a story that introduces us to Wren, an augur who to infiltrate enemy headquarters under the guise of intern at Harkness Foundation  - one of the wealthiest foundations in the area and haven to the judge boys who chase her through the forest every year.

The Wren Hunt is complex novel that explores a magic system that’s rare to see in fiction (or at least in the fiction that I’ve encountered).  It’s a book about sacrifices, ancient rituals, preservation of magic and so much more.  Beautifully written, The Wren Hunt is a book that made me feel like I was living in one world, while stepping into another more ancient one.


The Wickerlight in the same world and is a standalone companion novel, but I would definitely recommend reading The Wren Hunt before diving into The Wickerlight because it features characters we’ve previously encountered and will help provide you with an understanding of the unique magical system this book world explores.

What’s more bizarre is that months later, Laila’s death leaves Zara with many questions that no one wants to answer. Questions such as why did she have no injuries? Did her obsession with the local folklore lead her on a path that led to her death? And how does it involve David, the boy who lives at the big house?

If you love books about folklore and ancient magical feuds, then The is a book you definitely need to add to your list this Christmas.

Get your copy of The from so 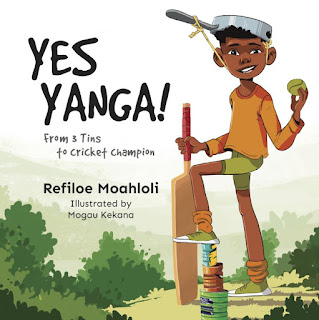 Before I discovered Yes Yanga!, I was first introduced to cricket-loving Refiloe ’s How Many Ways Can You Say Hello? few years ago.

The beauty of How Many Ways Can You Say Hello? that it’s one of those books that is adults and children both enjoy.

The rhyming verse makes for easy, joyful and accessible reading, and frankly, it’s a fantastic introduction to basic greetings in the 11 official languages of our country – something we should all, at the very least, know.  It also comes with a CD to help you with pronunciations.

But, while I’m keen for all of you to get hold of her previous book, I’m also here to talk about Yes Yanga! – a book that celebrates Refiloe’s love of cricket. This is a book for every child out there, but what I especially adore about it is that it’s accessible to boys who are reluctant readers.

The book is about a boy named Yanga who is the local three tins champion in his community whose life changes completely when his talent and channelled into cricket. We’re then taken on a journey of his trials as he makes his way through the local school team to world cup status as one of the South African Cricket World Cup team.

In an interview with ,  Refiloe describes Yes Yanga! as a book that “celebrates the champion within us all.” She adds that it’s about just doing the best you can and how everyone has different ways of achieving something.

A rad message, right?  What’s even better is that this book is available in too!


Buy your copy of Yes Yanga! from Loot