Skip to main content
Labels
Posted by Tammy (The Book Fairy's Haven) May 09, 2010

Sympathy for the murderer 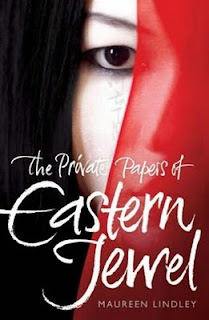 A while back I read a book called The Private Papers of Eastern Jewel. It's a true story based on a Chinese princess who becomes a spy for the Japanese. As someone who loves reading novels about the history of Chinese and Japanese dynasties, I relished the thought of reading this book.

The gorgeous cover also had me sold.

I started reading eagerly, but stopped halfway through when I realised something significant: Eastern Jewel, the book's central character, was probably one of the most detestable characters imaginable.

I hated her so much that I actually couldn't care less whether or not she got her happy ending.  She was bad to the bone and showed a lack of humanity that I found rather disconcerting.

So I dumped her. But that got me thinking…

Just how important is the likability of a character in the book? Do you have to like the character to love the book?

I don't necessarily think so, but I do believe that a main character should have some kind of quality that we can identify with or at least relate to. I'm definitely not saying that a character should be flawless, but for me, it's simply a question of how much humanity the character still has left within that keeps me glued to the pages.

Not only that, but it's also about how much I can experience with the character through his or her journey. Once you stop caring what happens to the character, the book simply doesn't become worth reading anymore.

I certainly remember that one book I really loved despite hating the character was White Oleander. Haven't read that in a while, but I think after this, I'll probably go and see if I can get my hands on a copy of the book again.

It turns out, I'm not alone in this.

One of my regular readers had this to say about book characters: "Never mind finding a quality to identify with in the character of the book... I become the character in the book. I cannot read a book from a distance, I simply have to become entrenched in it.

"I picture the characters and visualise the scenes. I feel their anger, pain and joy. When I"m finished with the book, I simply can't pick another one up immediately. It's almost as though I need time to let the characters of the previous one go."

But, that's just my opinion. What do you think?

Is the likability of the character important? And which character in a book have you hated so much that you couldn't finish the book?

Notes: This column of mine originally appeared as a newsletter column on our women24 website in our book club news section.