In my mailbox is a weekly meme hosted by Kristi at The Story Siren. I've received 4 books this week, 2 of which I won't be able to start right now (Ironside and Stargazer) as I need to first get my hands on a copy of the first book in the series. (Guess who is going book shopping today then!) 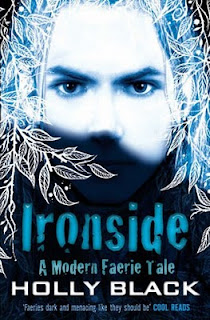 Ironside by Holly Black
Summary:
In the realm of Faerie, the time has come for Roiben's coronation. Uneasy in the midst of the malevolent Unseelie Court, pixie Kaye is sure of only one thing -- her love for Roiben.

But when Kaye, drunk on faerie wine, declares herself to Roiben, he sends her on a seemingly impossible quest. Now Kaye can't see or speak to Roiben unless she can find the one thing she knows doesn't exist: a faerie who can tell a lie.

Miserable and convinced she belongs nowhere, Kaye decides to tell her mother the truth -- that she is a changeling left in place of the human daughter stolen long ago.

Her mother's shock and horror sends Kaye back to the world of Faerie to find her human counterpart and return her to Ironside.
But once back in the faerie courts, Kaye finds herself a pawn in the games of Silarial, queen of the Seelie Court. Silarial wants Roiben's throne, and she will use Kaye, and any means necessary, to get it. In this game of wits and weapons, can a pixie outplay a queen? 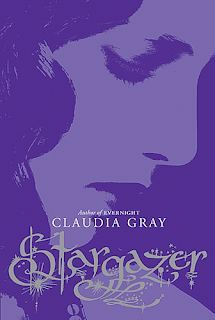 Stargazer by Claudia Gray
Summary:
Evernight Academy: an exclusive boarding school for the most beautiful, dangerous students of all—vampires. Bianca, born to two vampires, has always been told her destiny is to become one of them.

But Bianca fell in love with Lucas—a vampire hunter sworn to destroy her kind. They were torn apart when his true identity was revealed, forcing him to flee the school.

Although they may be separated, Bianca and Lucas will not give each other up.

She will risk anything for the chance to see him again, even if it means coming face-to-face with the vampire hunters of Black Cross—or deceiving the powerful vampires of Evernight. Bianca's secrets will force her to live a life of lies.

Yet Bianca isn't the only one keeping secrets. When Evernight is attacked by an evil force that seems to target her, she discovers the truth she thought she knew is only the beginning.... 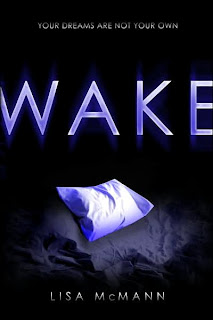 Wake by Lisa McMann
Summary:
For seventeen-year-old Janie, getting sucked into other people's dreams is getting old.
Especially the falling dreams, the naked-but-nobody-notices dreams, and the sex-crazed dreams. Janie's seen enough fantasy booty to last her a lifetime.

She can't tell anybody about what she does -- they'd never believe her, or worse, they'd think she's a freak.
So Janie lives on the fringe, cursed with an ability she doesn't want and can't control.

Then she falls into a gruesome nightmare, one that chills her to the bone.
For the first time, Janie is more than a witness to someone else's twisted psyche. She is a participant.... 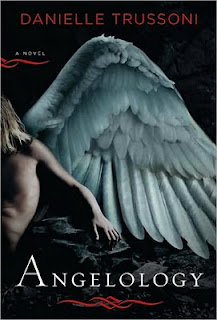 Angelology by Danielle Trussoni
Summary:
Sister Evangeline was just a girl when her father entrusted her to the Franciscan Sisters of Perpetual Adoration in upstate New York.
Now, at twenty-three, her discovery of a 1943 letter from the famous philanthropist Abigail Rockefeller to the late mother superior of Saint Rose Convent plunges Evangeline into a secret history that stretches back a thousand years: an ancient conflict between the Society of Angelologists and the monstrously beautiful descendants of angels and humans, the Nephilim.

For the secrets these letters guard are desperately coveted by the once-powerful Nephilim, who aim to perpetuate war, subvert the good in humanity, and dominate mankind.
Generations of angelologists have devoted their lives to stopping them, and their shared mission, which Evangeline has long been destined to join, reaches from her bucolic abbey on the Hudson to the apex of insular wealth in New York, to the Montparnasse cemetery in Paris and the mountains of Bulgaria.


That's it from me for this week. What's in your mailbox?
Email Post
Labels: books In my mailbox
Reactions:

Shera (Book Whispers) said…
Wow! Those all look great. I'm not sure if I like that cover for Ironside. Stargazer and Wake are books I've been meaning to read. Hope you enjoy!!
June 6, 2010 at 5:41 PM

So Many Books, So Little Time said…
Tithe and Stargazer are brilliant and WAke was pretty good too. Hope you enjoy them all!
June 6, 2010 at 9:27 PM

-k said…
I've had Wake sitting on my bookshelf for a few months but have yet to get to it. It looks really good though. And is it just me or have there been a log of "-ology" books lately?