In my mailbox is a weekly meme hosted by Kristi at The Story Siren. I've got plenty of books that have been piling up over the last couple of weeks, which is why I've only got 3 books to feature this week. (Definitely not complaining as I've got such a lot of catching up to do anyway) 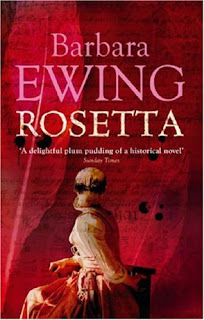 Rosetta by Barbara Ewing
Genre: Historical fiction
Summary:
As a child, Rosetta is fascinated by words and loves being told stories. She thinks she is named after the Princess Rosetta of the fairytales, who married the King of the Peacocks and lived happily ever after. But when she finds that it is a mysterious small port town in Egypt that gave her her name, her interest in hieroglyphics is born.
Years later, when Rose is an older, wiser and sadder woman, it is her love of language that saves her life.
The French Revolution; the rise of the power of the English church; the battles for Egypt between the British and the French; the discovery of the hieroglyphs on the Rosetta Stone in that same small port town - and above all the machinations of a rich, amoral, social-climbing member of the new' aristocracy and the extraordinary characters that surround him - all whirlpool together to carry Rose into France and a shared moment with Napoleon Bonaparte, and into the dark, unknown world of North Africa in her search to understand the meaning of words, and to find a child of her own. 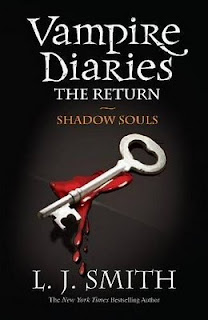 The Vampire Diaries: Shadow souls by L.J. Smith
Genre: Vampire fiction
Summary:
Elena Gilbert is once again at the centre of magic and danger beyond her imagining. And once more, Stefan isn't there to help! Elena is forced to trust her life to Damon, the handsome but deadly vampire who wants Elena, body and soul.
They must journey to the slums of the Dark Dimension, a world where vampires and demons roam free, but humans must live as slaves of their supernatural masters. Damon's brother, the brooding vampire Stefan whom Elena loves, is imprisoned here, and Elena can only free him by finding the two hidden halves of the key to his cell.
Meanwhile, the tension between Elena and Damon mounts until Elena is faced with a terrible decision: which brother does she really want to be with? The drama, danger and star-crossed love that fills each Vampire Diaries book is in full effect here, with Elena Gilbert once again filled with supernatural powers. 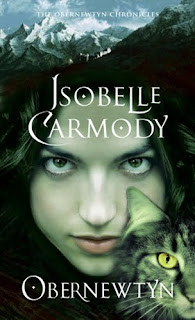 Obernewtyn by Isobelle Carmody
Genre: Fantasy
Summary:
In the times following the Great White, life is harsh. Radiation has ravished the land and those living on it, bringing death and decay. As society pulls itself together and makes a new life, children are born with enhanced mental abilities caused by the fallout from the Great White. But because of their association with the dreaded holocaust, the Council that rules the land condemns people with these abilities as Misfits and burns them to prevent further contamination..
Elspeth Gordie is a Misfit. Raised in orphanages for most of her life, desperate to receive her certificate of normalcy, her only chance at survival is secrecy, and she vows never to use her mental powers. But her abilities seem to have an imperative of their own, and soon she comes to the attention of the Council.

Unaware of the extent of her powers, the Council sends her to the remote mountain institution of Obernewtyn, where escape is impossible. There, Elspeth must come to terms with her abilities and throw off her safe cloak of concealment - for at Obernewtyn there are not only friends but enemies, evil people who intend to use the Misfits' mental abilities to resurrect the terrible forces of the apocalypse.

That's it from me for this week - what's in your mailbox this week?
Email Post
Labels: In my mailbox
Reactions:

Aisle B said…
Dying of jealousy! Saw Rosetta and Vampire Diaries The Return with mad envy! I enjoy watching the series on TV and love Damon actor. Sorry the other brother is much too "good" for my taste, love the nefarious notion behind Damon's wicked eyes. Yes TEAM DAMON! I so hope she chooses DAMON!

You have to let me know once you finish the book!

I'll post my Monday Mailbox tomorrow so come on by for a quick visit.

brandileigh2003 said…
Good selection this week: I liked Vampire Diaries, but liked some of Smith's other stuff- namely Night World better. Happy Reading! Here is my IMMB if you want a peek: Blkosiner Book Blog
June 27, 2010 at 7:09 PM

Corrine said…
Rosetta and Obernewtyn look really good. I hope you enjoy all of the books you received this week. Happy reading. :)
June 27, 2010 at 7:51 PM

Monster of Books said…
Vampire Diaries is a awesome book series, same with the tv version. Hope you enjoy your books, Happy Reading XD
June 28, 2010 at 2:36 AM

Just got ARC for The King's Mistress from Random House. It's absolutely beautiful! I'll put it up in next week's mailbox. And hey I thought you had Teaser Tuesday as a meme too? No worries I came back to give you the good news and I put my teaser up for Indiana. What a great week!