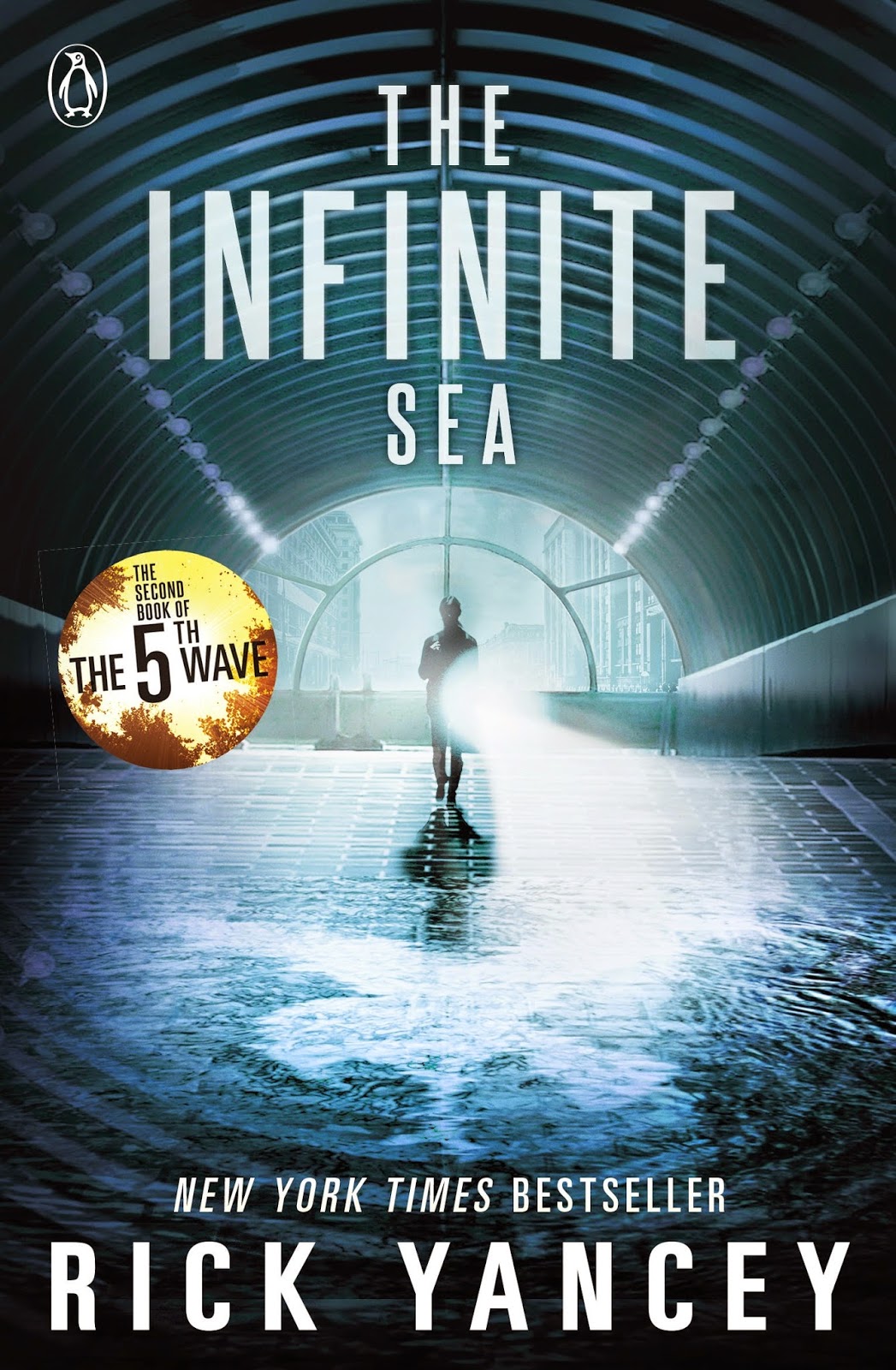 Disclaimer: This review also appears on Women24.com, a South African women's lifestyle website where I manage, amongst other things, an online books section.

Please note: Given that this book is the second book in The 5th Wave trilogy, there will be some spoilers for the first book.

You can purchase a copy of both books on Raru.co.za

What a phenomenal, phenomenal sequel.  I loved the first book and as such, had high hopes that The Infinite Sea would be just as good, if not better than The 5th Wave.

And, boy, was I completely blown away!

While I do think that The 5th Wave is still slightly better than The Infinite Sea, the unpredictable plot twists, character motivations and alien machinations had me both savouring and devouring this book.

Every theory I had was blown out of the water.

Just when I thought it was headed in one direction, something completely out of left field would leave my jaw hanging.

For me, these are the best kind of books to read, because it shows that the author is truly thinking beyond the reader’s ability to predict obvious plot lines.

Before I get into the nitty gritty details of this review, you have to know that this is not a series or trilogy that can be read as a standalone. You have to read the first book in order to be able to understand the events that unfold in this book.

Oh, and if it’s been a while since you’ve read The 5th Wave, I would highly, highly recommend that you give the book a reread before you dive into this one.

When I first started The Infinite Sea, I quickly realised that while I knew the characters, I couldn’t remember some of the events and how each protagonist fit into the whole scheme of things, which is why I decided I needed to reread the book before I started on The Infinite Sea.

And I am so glad that I did, because it made it a lot easier to follow events in the second book.

The book switches between multiple points of view and reveals quite a bit of back story behind some of the characters - something I loved about the book, but which I know can be a little confusing.

When we last left off, Camp Haven (the alien death camp where Sam, our main protagonist Cassie’s younger brother was being held), was completely destroyed by the human/alien hyprid Evan Walker.

With his help, Cassie, Sam and Ben manage to escape the death trap with Ringer, Dumbo, Poundcake and Teacup, and end up in a rat-infested hotel, taking some time out to regroup and allow Ben to heal properly after being shot.

From EMPs, to a global tsunami, viral plague and deadly silencers, this rag-tag group have, in spite of everything, managed to outwit and outsmart the lethal attacks systematically set out to destroy the inhabitants of earth.

In The Infinite Sea, our protagonists are faced with a whole new set of challenges. With Ben severely injured, Evan missing and presumed dead, the group decide that the next best thing to do would be to split up and send someone ahead in search of other survivors.

Except, everything goes to hell in a hand basket.

With barely any trust remaining between the humans, the youngsters soon find themselves being separated and fighting for their lives once again.

And no matter how hard they try to avoid trouble, the others are onto them and are willing to sink to even lower depths to cleanse the earth of humanity for good.

Rick Yancey’s The 5th Wave books are really shaping up to be one of my favourite dystopian novels in a trilogy yet.

Everything about this series is pretty phenomenal.

From the characters (he has some of the most well-rounded and kick-ass female characters I’ve ever come across in books), to his plot lines and twists (it’s really, really hard to predict what will happen in his books), Rick offers the reader a one-way trip into a world that will keep you reading right until the end of the page and longing for so much more.

His writing in this book is as excellent as it was in the first book - stark, yet beautifully lyrical – using contrast and juxtaposition that actually really works well in such a bleak setting.

He truly captures the essence of hope and hopelessness and despair and resilience of the human spirit in the midst of apocalyptic circumstances.

And trust me, these are characters that have every single reason to give up, especially after they discover just what it is that the others are doing with young children.

Don’t worry. You get a pretty good idea of just how awful they are at the beginning of the book already.